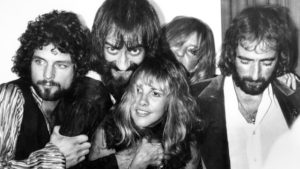 Happy birthday to Fleetwood Mac’s masterpiece Rumours, released 40 years ago this week, on February 4th, 1977. Human beings had been mating and separating for several dozen thousand years before Fleetwood Mac existed, but this band walked out of Rumours basically owning the whole concept of breaking up. The emotional trauma behind Rumours is the stuff of legend. As Lindsey Buckingham confided to Rolling Stone at the time, “Being in this band really fucks up relationships with chicks.” Buckingham split with Stevie Nicks. Christine McVie divorced the bassist and moved in with the lighting director, shifting John’s wedding ring to a different finger...

Eric Clapton Documentary ‘A Life in 12 Bars’ in the Works 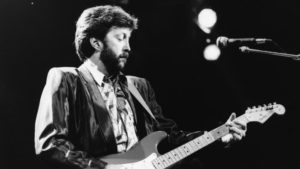 “Despite the fact that his path is strewn with tragedies, addiction and loss, he never fails to regain his bearings,” director says of guitarist.

A career-spanning documentary about Eric Clapton, called A Life in 12 Bars, is currently in the works.

“Clapton’s music is the foundation of our film. His commitment to the blues, its traditions and originators, is absolute from his earliest days,” Zanuck said in a statement...