Corey Taylor on Stone Sour’s ‘Hydrograd’ Album: ‘It Is Flat Out Rock ‘n’ Roll in Its Best Form’

You think you’re excited for the new Stone Sour album? You haven’t talked to Corey Taylor yet, who is absolutely over the moon while speaking about his experience working on the band’s upcoming Hydrograd album. The band recently revealed that the album would arrive in June and we should have some new music to hear shortly.

We recently spoke with Corey Taylor about the disc and he had a hard time holding back on his desire to share the music. “I’m so excited about it that if I didn’t think I’d get in f–king trouble, I’d play it for you right now, for real,” Taylor told us. “I am beyond excited. Everyone we have talked to has just been blown away by it.”

The band has a little more personal stake in seeing the response on Hydrograd this time around...

After finding Paul Di’Anno‘s replacement in the former Samson singer, Iron Maiden performed a small run of shows before hitting the studio to record the fol...

ALICE IN CHAINS: Double 7″ Single To Be Made Available For ‘Record Store Day’ 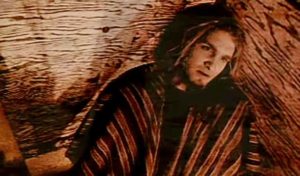 Legacy Recordings, the catalog division of Sony Music Entertainment, commemorates the tenth anniversary of Record Store Day with an electrifying lineup of exclusive new and collectible 7″ and 12″ vinyl releases. Among these is ALICE IN CHAINS’ “Get Born Again”/”What The Hell Have I”, two 7″ black vinyl singles in gatefold sleeve.

This special ALICE IN CHAINS 45 RPM double 7″ single collects four hard-hitting tracks remastered and available on vinyl for the first time. “What The Hell Have I” and “A Little Bitter”, released on the soundtrack to the Arnold Schwarzenegger film “Last Action Hero” in 1993, were the first to feature new bassist Mike Inez, who’d played with Ozzy Osbourne for five years... 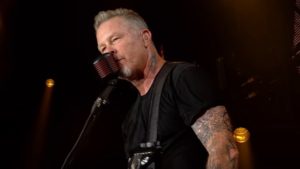 With more than thitry years of touring and recording under Hetfield’s belt and a live act that remains a must-see to this day, a book chronicling the METALLICA frontman seemed long overdue... 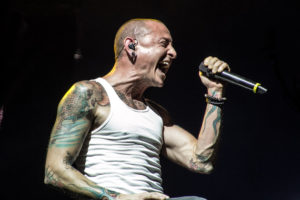 Speaking with RockSound, the singer explained Linkin Park’s willingness to try new things and that the band “actually started writing some really interesting pop music” before The Hunting Party. “Mike [Shinoda] was giving me litmus tests like, ‘Hey, what would you say if I said… let’s do a collaboration with Katy Perry or Kelly Clarkson?’ and I was like, ‘F–k yeah! I actually really like pop music,’” Bennington recalled...