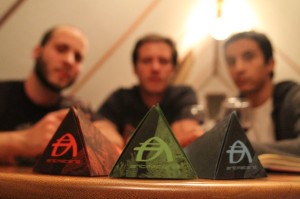 FIVE FINGER DEATH PUNCH’s ‘The Wrong Side Of Heaven’ Volume 2 Enrolls U.S. Chart At No. 2 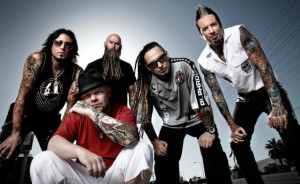 The second installment of Five Finger Death Punch’s masterwork named “The Wrong Side Of Heaven And The Righteous Side Of Hell”, sold 77,000 copies in the United States in its first week of release to land at position No. 2 on The Billboard 200 chart. The CD arrived in stores on November 19 via Prospect Park.

The first half of “The Wrong Side Of Heaven And The Righteous Side Of Hell” came out on July 30 and debuted at No. 2 on the Billboard album chart, selling 113,000 copies in its first week of release.

“The Wrong Side Of Heaven And The Righteous Side Of Hell Volume 2” track listing: 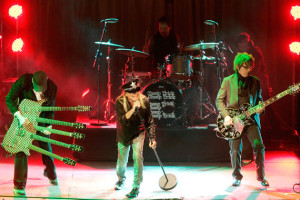 During their 40 years as a band, Cheap Trick have been on the road more than they have been at home. And 2014 looks to be shaping up in much the same way.

The band has announced a batch of tour dates for the first part of the new year. Earlier this year, guitarist Rick Nielsen told Time, “We play as much as we can. If we waited for a hit record to tour, we would never have toured. No record? We go on tour. New record? On tour. Hit record? Flop record? Always tour.”

While there’s been some talk of a new record, Cheap Trick are currently in the middle of a lawsuit with former drummer Bun E. Carlos, who sued his onetime bandmates earlier this year, claiming he was forced out of the group... 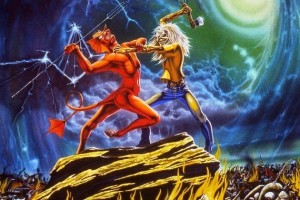 We all know Iron Maiden‘s ‘Run to the Hills’ is a metal classic. But what if you smoothed it out and dropped some Michael McDonald vocals on top?

We’ll probably never really know the answer to that question, sadly, but we just got pretty close, thanks to the wicked geniuses in the Guilty Pleasures. The self-described “smoothest rock band around” added the song to its set list during a recent show at the Mandalay Bay in Las Vegas, taking one more giant step in its quest to deliver “the ultimate Yacht Rock experience” by having guest vocalist Michael “Mick” Donald put a soulful spin on an early Maiden hit. 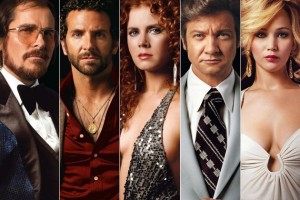 In the trailer for the new David O. Russell film ‘American Hustle’, the powerhouse Led Zeppelin track ‘Good Times Bad Times’ is used to great effect. The song’s famous stop-start opening — which kicked off the group’s first album and therefore served as their introduction to the world — is now used to create a head turning moment in the clip for this highly anticipated film.

‘American Hustle,’ which stars Jennifer Lawrence, Christian Bale, Amy Adams, and Bradley Cooper, is based on the FBI ‘ABSCAM’ operation that took place from 1978 through 1982. The film also features Robert De Niro and Louis C.K. in supporting roles...

These are our new radio adds for the week:

– Beware Of Darkness – All Who Remain 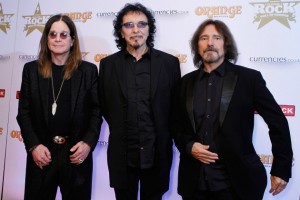 It took Ozzy Osbourne, Tony Iommi and Geezer Butler 35 years to find their way back to the studio for an album together — and now it seems like their long-awaited reunion might mark the end of this version of Black Sabbath as a recording act.

Nobody’s calling it quits yet, but as the trio revealed in a recent interview, they haven’t even gotten around to discussing a potential follow-up to their reunion record, ‘13.’ “I really haven’t thought about it,” shrugged Butler. “I’m just glad that we made this one. It can’t be something where you go in and go, ‘Well, that one was No. 1, so let’s do another No. 1 album.’ I think we’ll know if we can do it or if we can’t. If we have to force it, then we won’t be doing it...

Jon Bon Jovi May Invest in Buying The Buffalo Bills 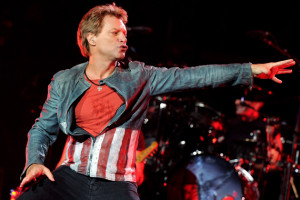 Sunday was a typically news-filled day for football lovers, but the biggest story of the weekend for music fans may have taken place off the field. Reports are circulating that Jon Bon Jovi is looking to buy the Buffalo Bills.

According to CBS Sports, the team will go up for sale upon the death of 95-year-old Ralph Wilson, who founded the Bills in 1960. Bon Jovi has reportedly been schmoozing National Football League officials and other powerful people in the sports business to put himself in prime position to make the purchase. However, it is believed that the front-runner for the position is Canada’s Rogers Communication Group, since the team plays a game in Toronto every year.

Bon Jovi has some experience in owning a football tea...

“Jeff was in bad shape for a long time. Did anybody think he was going to die? Absolutely not. Even with the worst prognosis, you didn’t think it was going to be that quick, and it just kind of was. I was definitely in shock... 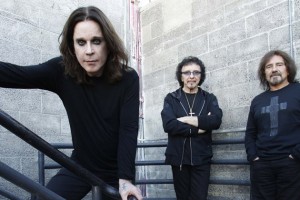 During the making of Black Sabbath’s new album, “13”, singer Ozzy Osbourne relapsed back into the addictions that have haunted him throughout his career — he had previously been seven years sober — and as a result, his marriage was on the rocks.

“It wasn’t Black Sabbath,” Ozzy tells Revolver magazine in the December 2013 / January 2014 issue, dispelling any suggestion that the band’s reunion or the recording of “13” contributed to his relapse. ‘I’m an alcoholic.

“It’s my disease,” he continued. “If I don’t go to these AA meetings, I tell myself, You can have a line of that. You can smoke that or whatever. Next thing you know, I’m fucking on my own somewhere in L.A. I don’t know why. I’m my own worst enemy...