Ozzy Osbourne started a kitchen fire in his Los Angeles home on Tuesday while making a bacon sandwich. 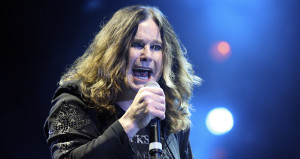 Black Sabbath singer was making up a pork treat for himself but things went wrong as the meat sizzled in the pan, causing a blaze so bad he had to call the fire department to deal with the flames.

“I’m in London, @OfficialOzzy is in LA making a bacon sandwich last night and the fire brigade ended up at our house!!,” tweeted Sharon Osbourne.

The bacon sandwich incident is not the Osbourne family’s first brush with fire. In December of last year, Ozzy accidentally set fire to his hair while trying to put out a small blaze cause by an oil candle. Then in January, Sharon had to call in firefighters after forgetting to extinguish a candle before she went to bed which set fire to some of her furniture. Since the two incidents, Ozzy has banned candles from the family home.

Currently on the road across North America in support of their new album, “13”, Black Sabbath will start a Latin American tour in Santiago, Chile on October 4.