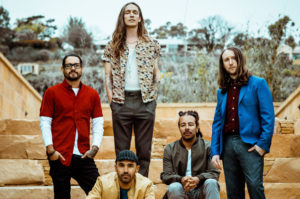 Speaking on the track, the band tells Billboard, “’Nimble Bastard’ was born of my fascination and loving envy for a couple of people in my life who have this kind of amazing adaptability. If they’re at their lowest point, they just bounce back and learn these incredible lessons from being knocked down.”

Incubus is on track to release their eighth studio album 8 on April 21 and will also embark on a North American headlining tour, their first since 2015, with special guest Jimmy Eat World beginning in July.