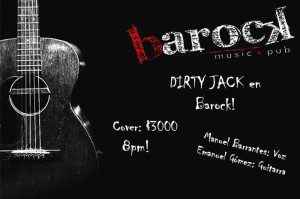 On August 22, Electra Mustaine, the 15-year-old daughter of MEGADETH mainman Dave Mustaine, and Jason Kertson, the 16-year-old grandson of Rob Lind, a member of THE SONICS, a Seattle-area band that helped shaped the punk rock music sound in the ’60s, played a short acoustic set for many of the wounded soldiers at the Fort Lewis army facility near Olympia, Washington.

Electra and Jason performed their version of the MEGADETH song “A Tout Le Monde” on King 5 TV’s “New Day” with Margaret Larson, then joined Margaret to talk about their families’ respective musical legacies and why it’s important for them to respect and support the military...

AVENGED SEVENFOLD Talk About Making Of “Hail To The King” (Video)

“Hail To The King” will be released on August 27. The long-awaited follow-up to 2010’s “Nightmare” was once again produced by Mike Elizondo and is the first to be wholly written without drummer and key songwriter James “The Rev” Sullivan, who died in December 2009. Sullivan has since been replaced by Arin Ilejay, a former member of CONFIDE.

AVENGED SEVENFOLD has announced the “Hail To The King” tour — a massive headlining U.S. arena tour to take place this October and the band’s first full scale American tour since 2011. The run of dates will kick off in Chicago, Illinois on Thursday, October 3 and wrap up on October 26 in Las Vegas, Nevada. Supporting the band on all dates will be special guests DEFTONES and GHOST B.C.

IV Homenaje a Stevie Ray Vaughan “Life by the Drop” 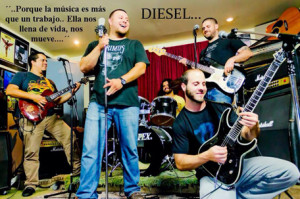 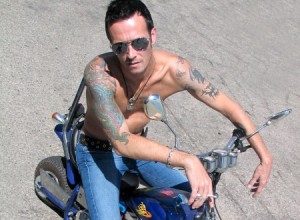 Speaking about his legal battle with his former bandmates over the use of the STONE TEMPLE PILOTS name, Weiland said: “We’re in litigation. There’s a band agreement, a band contract agreement. They didn’t follow the rules that were set down as to… for any member, if you were to… There has to be a reason for letting go a member, you have to give them a certain period of time to deal with it whatever different ways you want them to do. But it’s just ridiculous, ’cause they can’t use the name with me not being in the band without us coming to an agreement. So I just don’t really see that… They’ll have buy me out of the company, because I have major value in the company and in the brand. So that’s where we’re at...

Pearl Jam have released the video for “Mind Your Manners”, the lead single from their forthcoming album, “Lightning Bolt.”

The clip as directed by noted photographer and film director Danny Clinch.

“It’s my attempt to try to make a really hard edge-type Dead Kennedys-sounding song,” said McCready. “I wanted that kind of aggression and that kind of feel in that song, so I came up with the lyrics ‘Mind Your Manners’. Jeff [Ament] brought in a lot of his real punk rock kind of bass ideas of starting and stopping…the kind of school he comes from is that; I came from more of the metal thing but always wanted to dive into the punk side...

AVENGED SEVENFOLD, STONE TEMPLE PILOTS (with Chester Bennington), ALICE IN CHAINS, ROB ZOMBIE, KORN and MEGADETH are among the confirmed bans for the 2014 edition of Australia’s Soundwave Festival, set to take place in late February and early March.

The billing is shaping up as follows:

Last week, Ian Astbury of The Cult stopped the band’s show in Fort Lauderdale, Florida to address a fan who was filming and texting during the concert, and now the singer is explaining his side of the story in a new interview.

“Initially the guy was filming the whole show — he was filming everything”. “It’s kind of a disease that we have where people aren’t present and after while it kind of trips you up, it becomes a distraction. Usually you don’t let things like that trip you out, but when it’s right in front of you doing it… one guy was sitting on the side of the stage eating cake [laughs] and that tripped me out too, but I went over and ate his cake.”

“When you have habitual filming going on, it’s disruptive to the perf...

METALLICA’s “Through The Never” To Receive World Premiere…

“Metallica Through The Never”, filmmaker Nimród Antal’s captivating 3D movie featuring one of music’s most enduring and iconic bands, will premiere at the prestigious Toronto International Film Festival on Monday, September 9 at 7:30 p.m.

Says the band: “Now in its 38th year, Toronto International Film Festival is the most respected and prominent film festival in North America with many major films making their worldwide debuts there (last year’s festival brought in nearly 300 feature films from over 70 different countries!). ‘Through The Never’ will screen in the special IMAX at TIFF section and we’ll be on hand for the red-carpet premiere, to introduce the film and will spend some time in Toronto to chat with the press.”